The bracket is set for the Big East's annual gathering at The World's Most Famous Arena.

The Villanova Wildcats (28-3, 16-2) knew their fate in the 2014 Big East Tournament was as the #1 seed following their victory over Xavier on Thursday. Creighton's seeding as the #2 had also been solidified. However, Saturday provided some jockeying among the middle of the Conference before the final bracket was announced.

In Wednesday's nightcap, the 7th seed Georgetown Hoyas (17-13, 8-10) will play the DePaul Blue Demons (11-12, 3-15) with the victor playing the Creighton Bluejays in the Quarterfinals.

The St. John's Red Storm will face the Providence Friars in the 4/5 game in the Quarters and 6th seeded Marquette Golden Eagles will face the Xavier Musketeers in the 3/6 game.

All games will be played at Madison Square Garden and will be broadcast on Fox Sports 1. 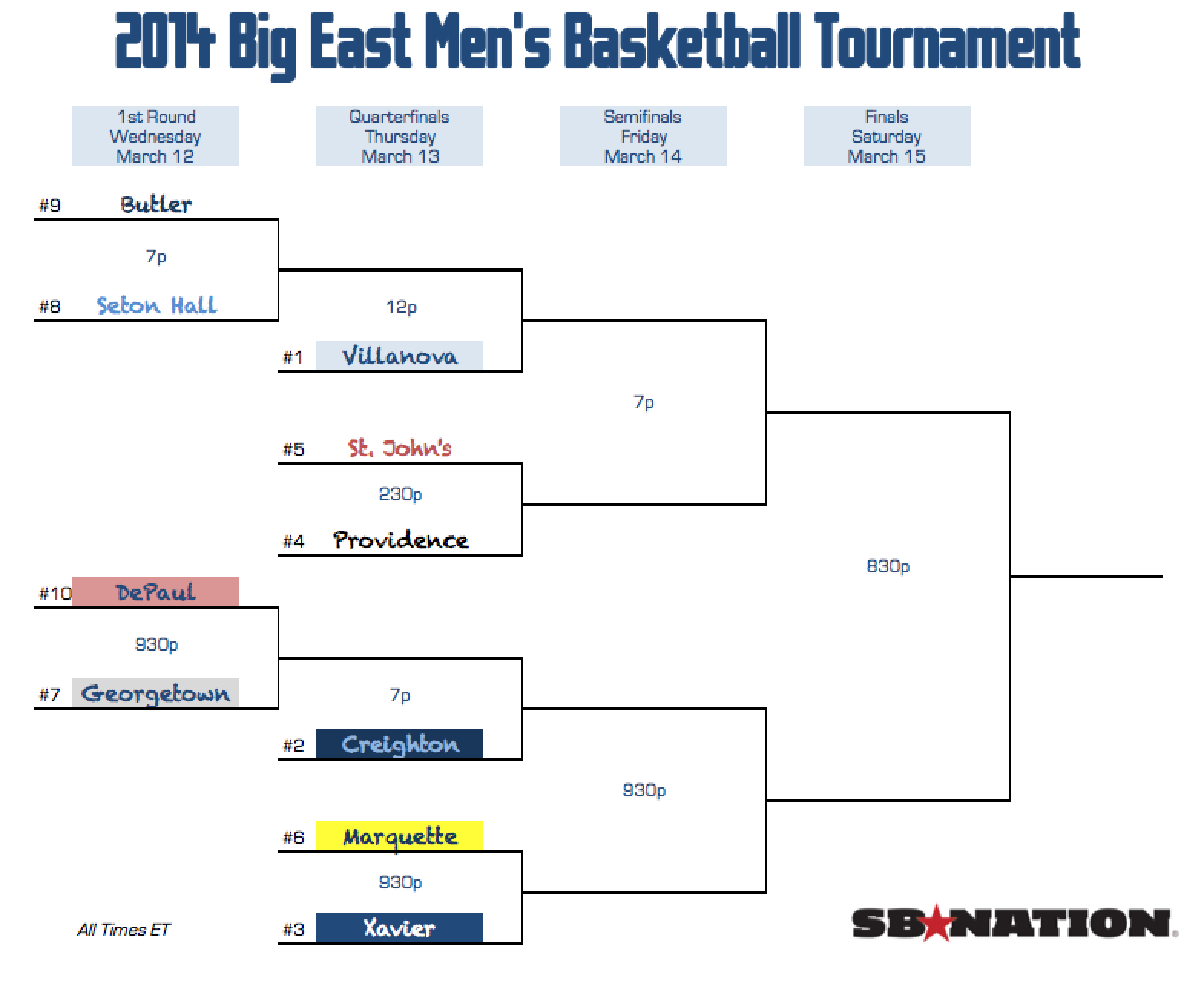