Villanova Stadium will host - can the 'Cats win two straight and make it back to the NCAA Tournament?

The Big East Lacrosse Tournament is set. Over the weekend, Rutgers claimed the fourth and final spot in the four-team Lacrosse Championship that will be held this week at Villanova.

Denver, the conference's top seed, will play the Scarlet Knights in the first of the two semifinals at 430pm ET on Thursday. The host and 3rd seed Wildcats will take on Marquette in the nightcap scheduled to face off at 7pm. 'Nova would have claimed the 2-seed had the 'Cats not succumbed in double overtime to Providence over the weekend.

Both semifinals will be streamed live on BigEast.com.

The winners of the two semifinals will meet in the final at 430pm ET on Saturday. The Championship will be broadcast on Fox Sports 1. 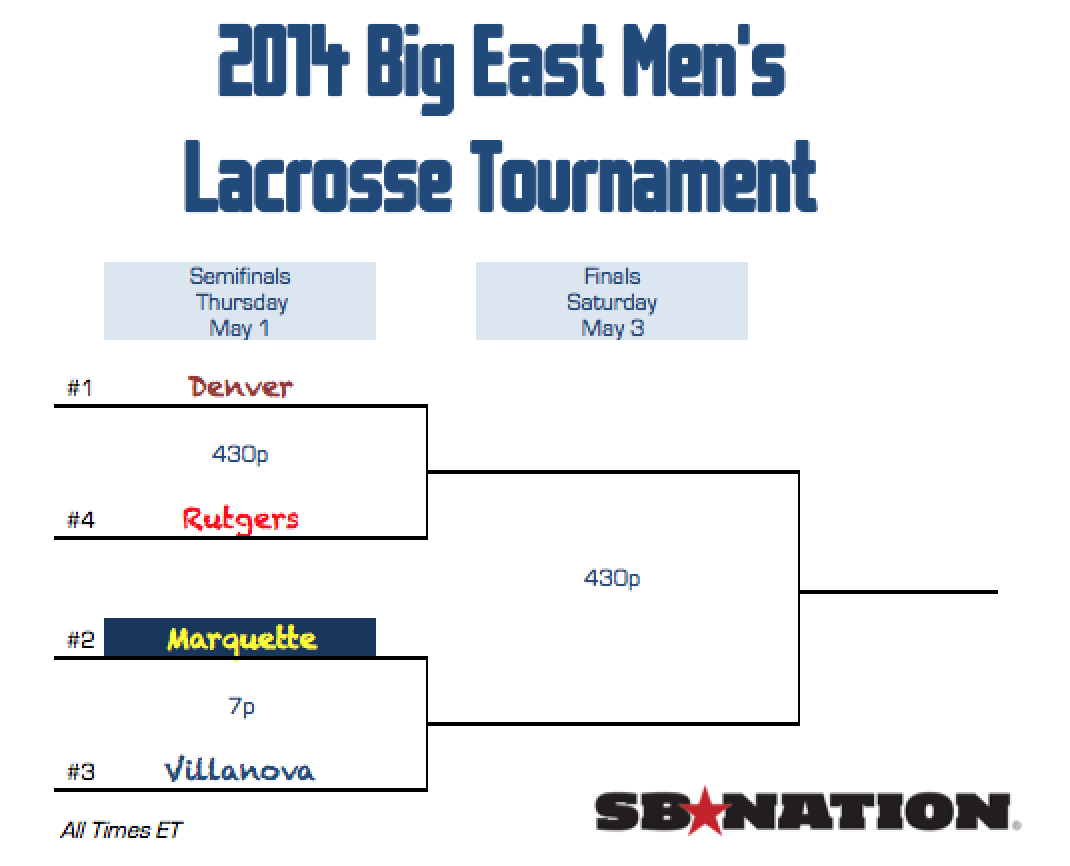