Last Thursday, the Women's Basketball schedule was released according to the Villanova Athletics website. The season starts on November 14th in the Chattanooga Tournament with the Gulf Coast Showcase starting two weeks later. The home opener is on December 14th vs. Big 5 opponent La Salle Explorers. The Big East conference play kicks off at home on January 2nd vs. the DePaul Blue Demons. 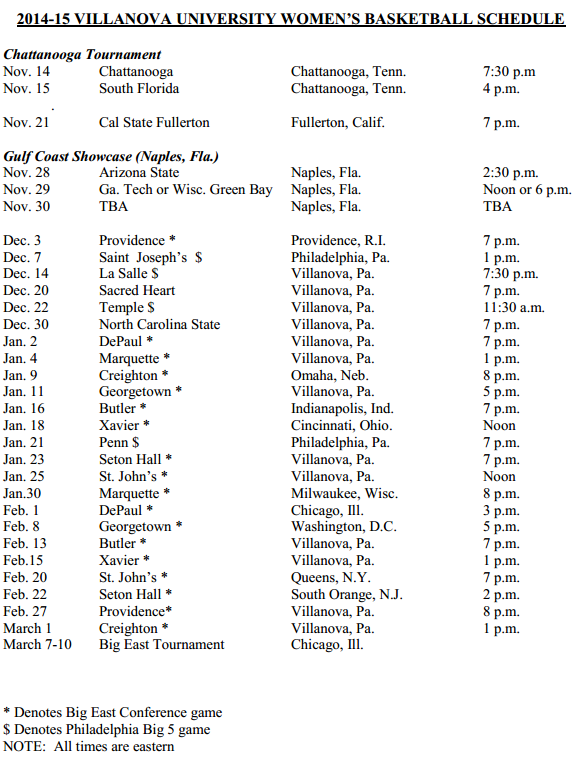 The team will look to improve on last season's 23-9 record that ended in the 2nd round of the Women's NIT.