That change we saw coming, but there's more!

The Villanova Wildcats have released their depth chart for Saturday's home opener against the Fordham Rams, and there are two changes to the starting lineups. The first should not come as too much of a surprise, as starting placekicker Chris Gough, who went 2-4 on field goals in the opening week (including a chip shot that would have won the game), has been replaced by true freshman Steve Weyler. Gough will retain the kickoff duties.

Additionally, Peter Sotiriou started at right guard and was backed up by Nico D'Angelo against Syracuse. An astute observer noted that D'Angelo wasn't in pads for the game, though no injury has been officially reported. This week, Sotiriou will make way for sophomore Jake Prus, who we believe may have been unavailable due to injury in week one.

The last item to note is that Lincoln Collins has jumped Clay Horne at the X, which may not be a surprise given Horne's opening-drive drop last week, while Collins made a crucial sideline catch early in the game and was talked highly of during spring and summer camp. 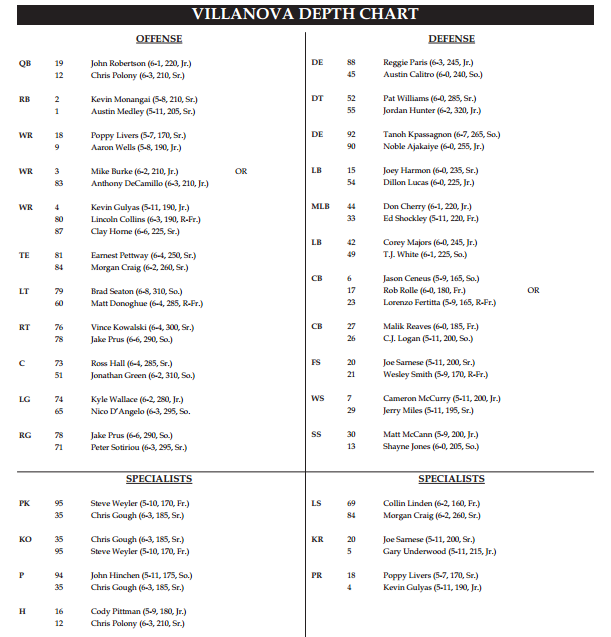