Despite a poor shooting effort and being out-rebounded by a hefty margin the Villanova Wildcats will be playing in the finals of the NIT Season Tipoff on Friday after defeating the Stanford Cardinal, 59-45.

In a return to his decadent three-piece look for the third time in five games, Wright donned a navy suit highlighted by lavender stripes; a suit that has only been worn twice before; most recently in the NCAA Tournament against Lafayette. Underneath, he wore a light pink shirt and solid pink tie. 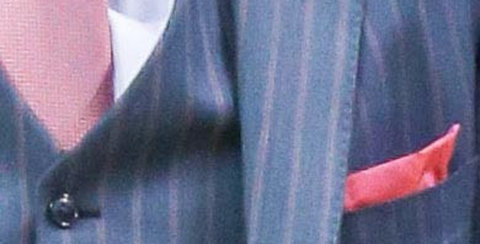 Note the detail in Jay's vest in this pre-game interview.

The pregame conversation with @VUCoachJWright and Whitey Rigsby from @barclayscenter Cats meet Stanford at 4:30. pic.twitter.com/AD9RzWir0t