It was Senior Night on the Main Line and the 6th ranked Villanova Wildcats were hosting another Top 25 opponent with the Providence Friars in town. Everyone knows Jay Wright would dress for the occasion, and he did.

'Nova ultimately dismantled Ed Cooley's 25th ranked Providence squad by 29, but Tuesday night wasn't about Wright- it was about Darrun Hilliard and JayVaughn Pinkston on their Senior Night.

The Wildcats' Head Coach wore a yeoman's outfit on the sidelines of The Pavilion; but it was a perfect-fitting and elegant look. Wright donned a two-piece, two-button navy suit with faint pinstripes with the jacket featuring a third ticket pocket. Underneath, he wore a classic light-blue shirt and a burgundy-based geometric tie which he wore against DePaul. He finished the outfit off with a light blue pocket square.

During the Fox Sports 1 broadcast, much ado was made about Wright's footwear. We have this exclusive shot of the prominently mentioned suede shoes. 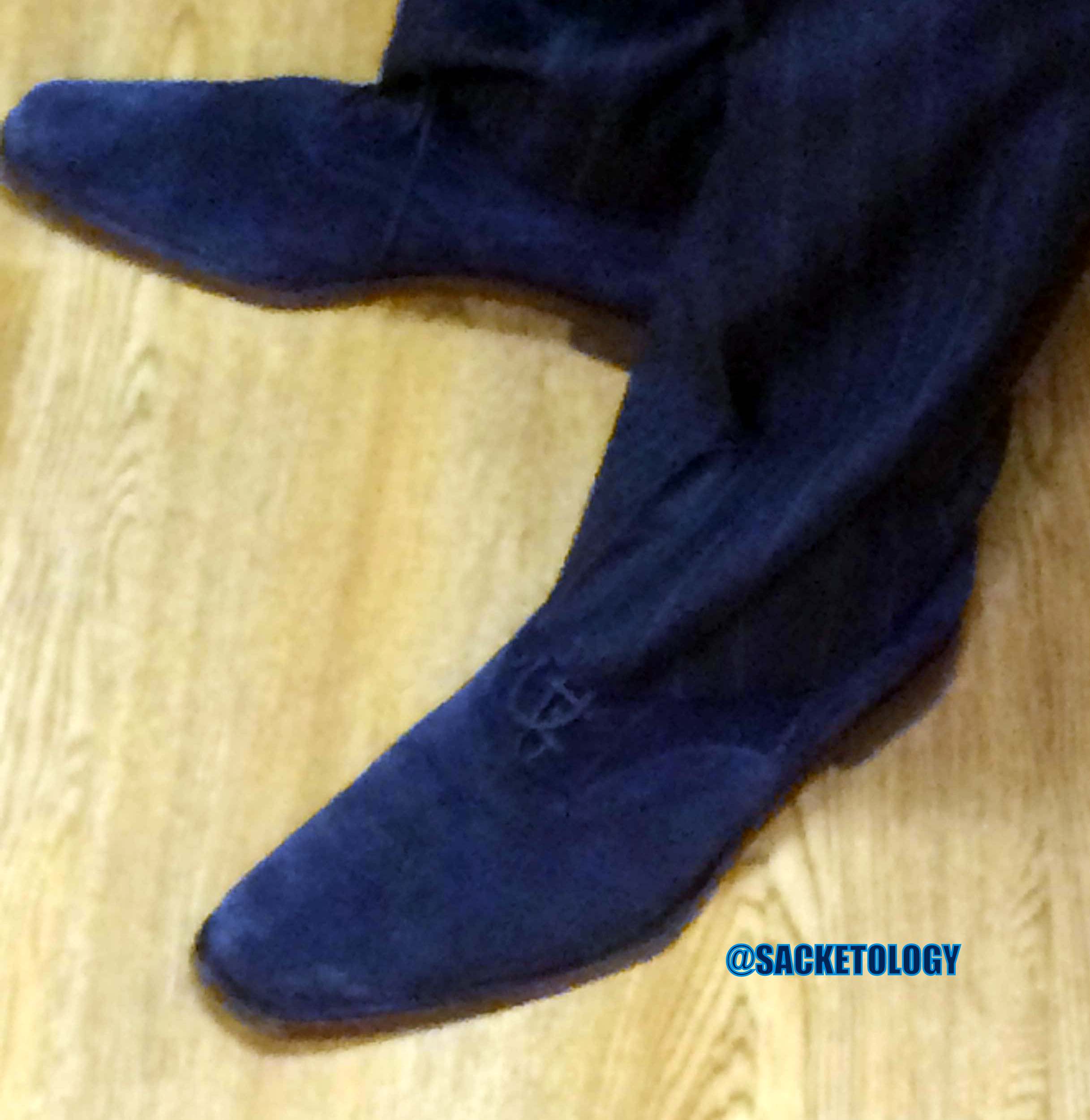 3.5/5 Esquires: Conservative look downplaying himself in deference to his senior players.