Early in the second half of Wednesday's Villanova game against Marquette (that 'Nova won by 18), a scary play occurred involving the Wildcat's Ryan Arcidiacono and the Golden Eagle's Matt Carlino.

The play's setup was pretty innocuous; Dylan Ennis made an entry pass from the top of the key to Arcidiacono who was on the low block. With his back to the basket, Ryan pump fakes to his left which get Carlino into the air. The 'Nova point guard then tucks back and heads to the baseline (his right) to go up with the shot only knowing that he had the Marquette player in the air.

That action, which draws the two-shot foul, upends Carlino sending the 6'2" Arizona man hard to ground landing on his head.

Thanks to the Big East's Digital Network Correspondent, Cayleigh Griffin, we have a recap of the play.

Following the game Carlino spoke with Milwaukee's Journal Sentinel stating, "I mean, I shouldn't have left my feet, but you have a choice if you're going to flip someone in the air or not and I think that was bush-league by [Arcidiacono]."

Carlino added, "I wasn't trying to get a call or anything, I knew it was a foul, but I was like, 'That's a dirty play. You have the ability to, if a guy's in the air, to get contact and (not flip him over). I have some choice words for that."

Not trying to be a homer, but watching (and re-watching) the Vine, I don't see any maliciousness in what Ryan did. Each of Archy's actions was a pure basketball move. Hopefully, Carlino hadn't seen a replay of the incident when he made those comments and his memory was tarnished by the emotion and speed of the action.

Other Images of the Incident 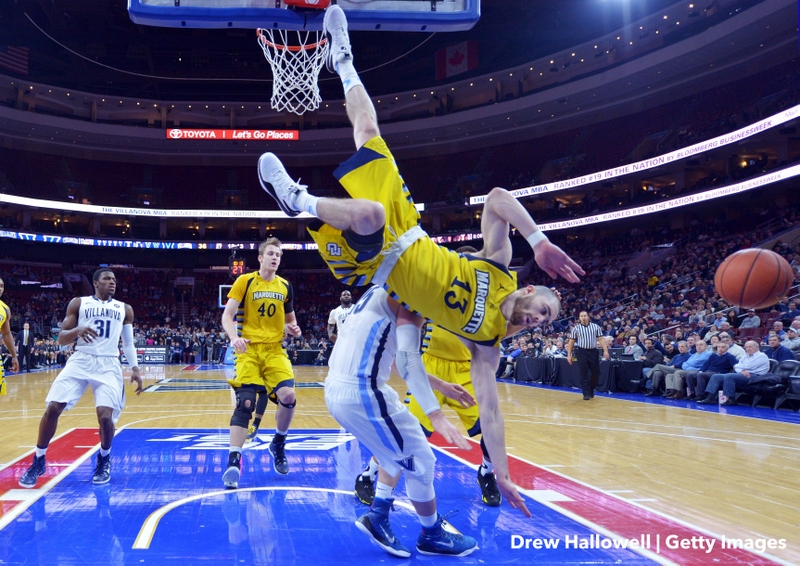 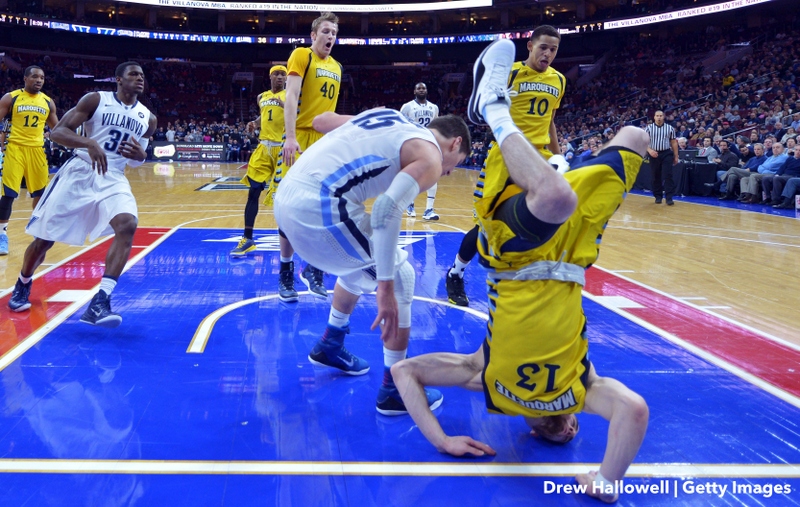 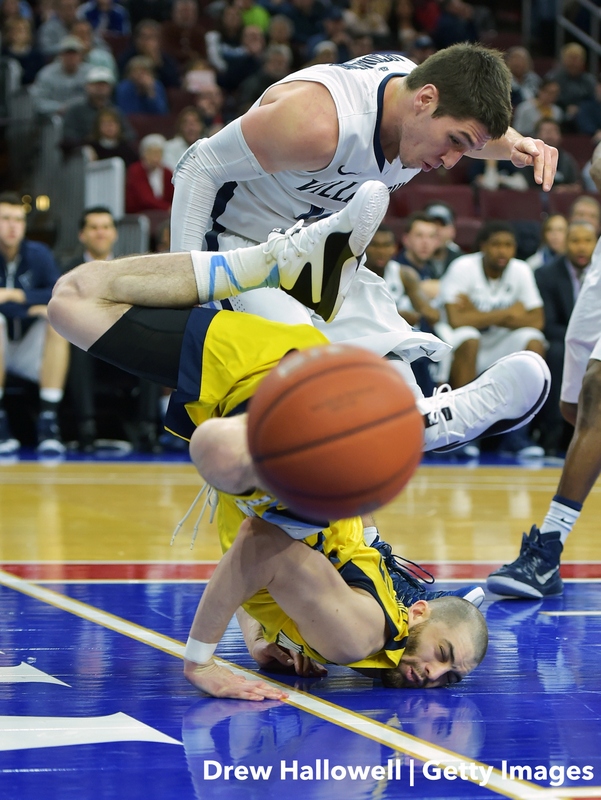 SO, what do you think?