"He looks like a mobster."
"Did he just leave the set of Boardwalk Empire?"

Those who don't understand, mock.

Wright took to the Madison Square Garden sideline in a two-piece black suit with high contrasting white pinstripes. Underneath, he wore a white shirt with black pin points and a black tie decorated with individual paisleys.

He finished off the look with a pure-white pocket square. 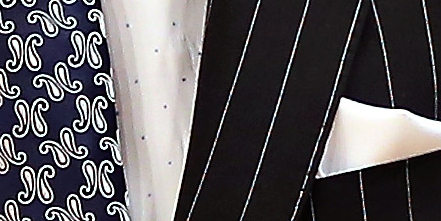 4.25/5 Esquires: "Boardwalk Empire"... "Mobster"... It was a perfectly combined look for a Saturday Night in manhattan with a Championship on the line. #Boss