The 2015 Big East Tournament bracket has been finalized as of Saturday afternoon. For some time, Villanova has been locked in to the #1 seed, but their second round opponent - the winner of the 8-9 game on Wednesday night - has been a topic of debate in recent weeks.

Seton Hall fell in to the 8-seed today with their loss at Georgetown and will take on 9-seed Marquette on Wednesday night. Villanova fans might be happy to avoid Creighton after their mid-week escape, but Seton Hall's presence on their side of the bracket will bring up bad memories of 2014's crash out of the quarterfinals.

If Villanova does advance, they will take on the winner of St. John's and Providence. The Wildcats ripped both teams to shreds in their last meeting, but the two are sure-fire NCAA Tournament teams and will be out for revenge.

All games will be broadcast on Fox Sports 1. 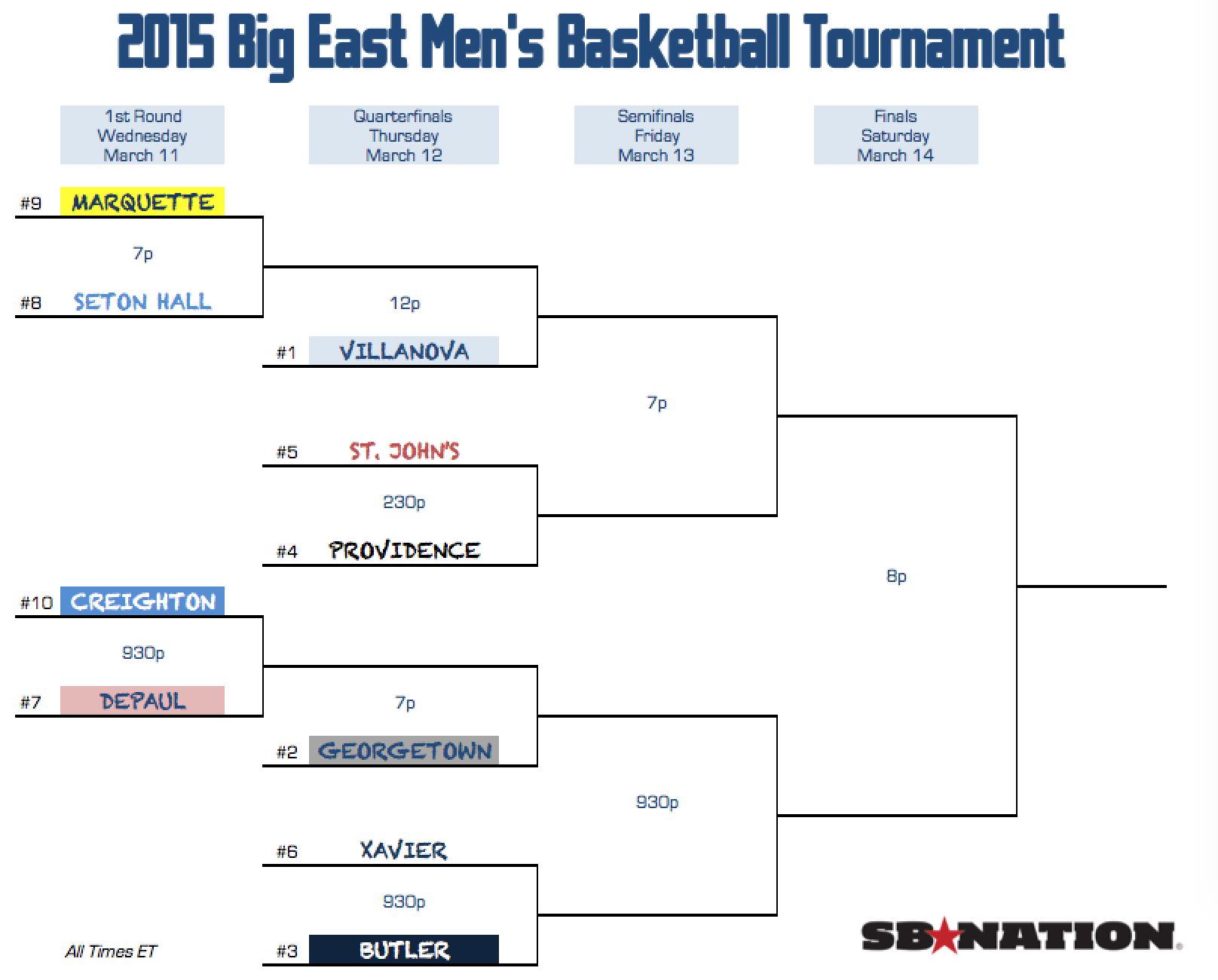