In preparation for the hype that surrounds the [upcoming] NFL Draft, folks at the SB Nation mothership have put together a "Bull*** Draft Scouting Report Generator" (which you probably saw in the Sun's Arizin). 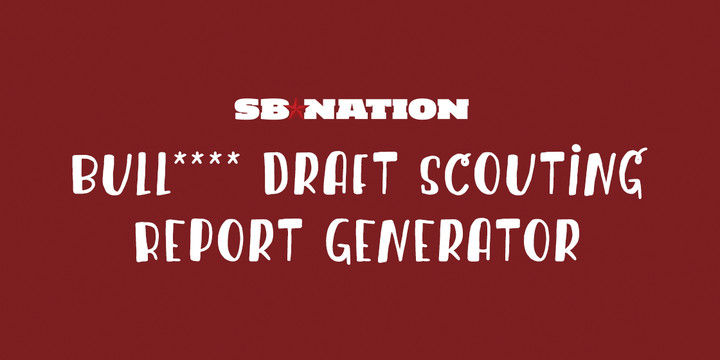 The premise is to have fun and for folks to develop their own goofy, made-up, pointless draft scouting report. Just like the real things! Click on the link above to check it out.

We decided to have some fun with it here and put in members of our staff and see what came out!

Uh oh... the scouts are impressed with Ewart's twitter game, but it appears they've caught on to his off-the-field activities...

Honestly Chris, we didn't tell anyone about your secret fascination with the Canadian rock band. Pinky swear!

Folks, folks, folks, all that googling is for all... of the VU Hoops... research. HONEST. But I'm glad they recognize my puzzle skillz.

Really? Stick-to-it-iveness is an issue? The Draft Scouts are really trying to find something negative to say about Ed.

We noticed Ryan's ability to take down empires as well, but the NFL Scouts are pretty ruthless on @Sacketology's twitter game.

So, what does your draft profile say?