Darrun Hilliard to practice for the Sixers

Share All sharing options for: Darrun Hilliard to practice for the Sixers 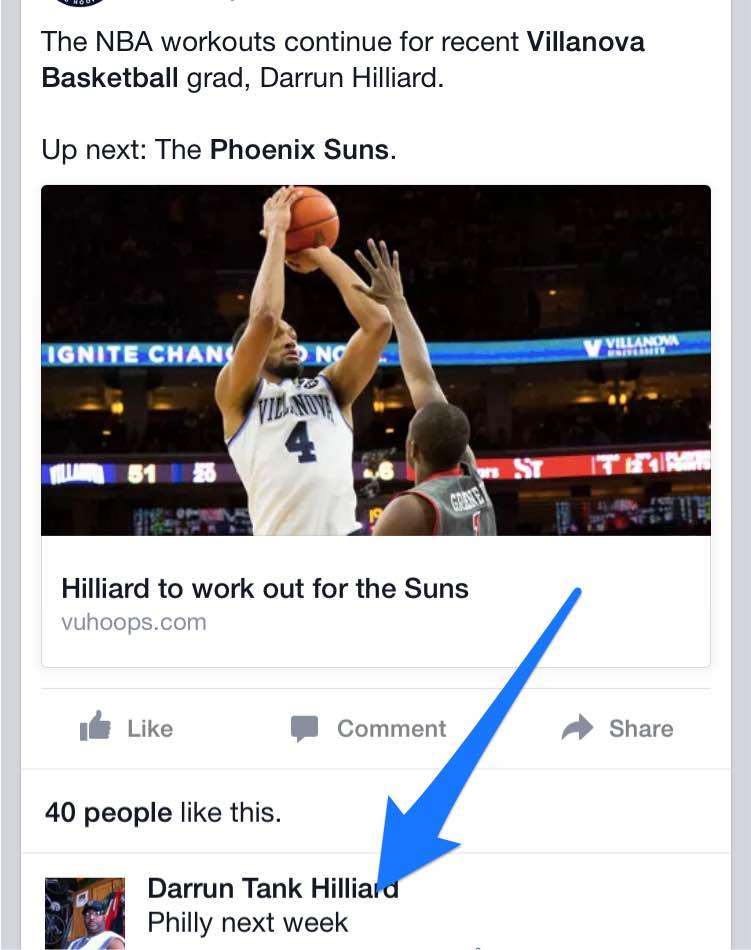 Recent Villanova grad Darrun Hilliard will be practicing for the Philadelphia 76ers in the next week. Reporters with sources are where most pieces of news hit the main public, but this bit of news came almost from Hilliard himself, his dad.

On the VU Hoops facebook page, Mr. Hilliard noted that his son would be practicing for the local NBA team in the next week.

This is on top of Hilliard visiting Dallas on Wednesday, the Suns on Friday, and the Nets next week.

As of right now, none of the major NBA Draft predictors have the Bethlehem, PA native being selected but one Sports Illustrated writer noted that he is the "deep sleeper" of the draft and "worth a late-second-round pick".