2017 Battle 4 Atlantis Tournament: Is Villanova returning to the Bahamas?

An NC State whiteboard suggests that the 'Cats are returning to the Bahamas.

Share All sharing options for: 2017 Battle 4 Atlantis Tournament: Is Villanova returning to the Bahamas?

NC State has released this interesting video (originally surfaced at Backing the Pack) of Director of Basketball Operations Jeff Dunlap explaining how the Wolfpack goes about their non-conference scheduling. It provides great insight and notes many of the points that VU Hoops regulars suggest in how Villanova should shape its non-conference schedule.

The video is interesting on those merits alone as the ACC school lifts up its proverbial kimono from a scheduling sense. But the interesting part is Dunlap's white board in the background that shows NC State participating in the 2016 Paradise Jam and the 2017 Battle 4 Atlantis.

For Villanova fans who can squint their eyes real well, it appears that 'Nova will be returning to the Bahamas in 2017 for the exempt tournament along with the Wolfpack, Arizona, and Mississippi State. 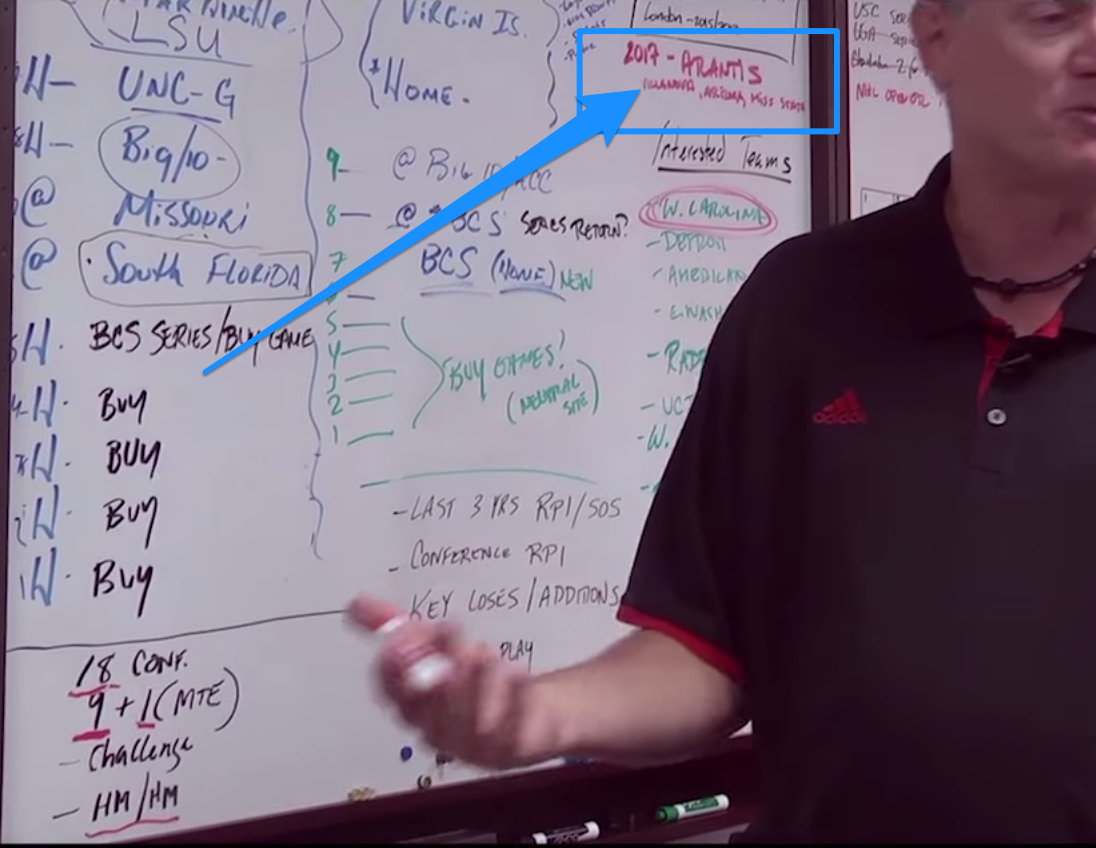 What do you think about our eyesight?

Founded in 2011, the Battle 4 Atlantis is a relatively young preseason exempt tournament, but its offering of unprecedented riches to participants has advanced it into one of the elite early-season events in college hoops. The Battle awards over $2 million to participating teams annually.

Piecing together the 2017-18 Villanova Basketball Schedule