It was easy for Jay Wright to know that Tuesday's game at DePaul would be an important one.

The Villanova Wildcats were playing their first game as the #1 team in the country. Josh Hart would become the 61st Villanovan to join the 1,000 Point Club. And the Class of 2016 would become the winningest class in program history.

And boy did Wright dress for the "business trip" occasion.

For the first time in recent memory the head coach took to the sidelines in a double-breasted suit, looking like a Wall Street Banker. This navy version had slim-fitting torso highlighting a contemporary version of the jacket style that eliminates the boxy look. Underneath, Wright wore a plain white shirt with a blue-based geometric tie.

A white pocket square finished the look off. 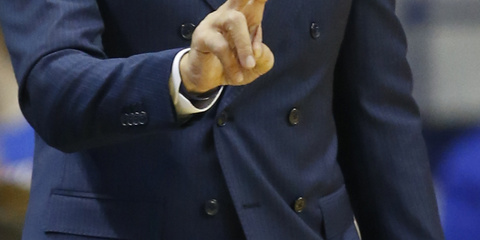 4/5 Esquires: Wright is still dabbling in new looks. Let's give him credit for that.