Earlier this week, we got wind that Villanova would be facing Western Michigan in the first game of the Charleston Classic. Today we got further details on the Tournament including tip times and TV. The defending national champion Villanova Wildcats will open up against the Broncos at 11:30a on Thursday, November 17th. The game will be aired on ESPN2.

Additionally, a new out-of-conference game with the College of Charleston Cougars is noted at the bottom of the press release. That game has been set for November 23rd at The Pavilion. Charleston, who finished 2016 with a 17-14 record, has a 1-1 historical record against the 'Cats. The Cougars downed 'Nova at the Great Alaska Shootout during the 2002-03 season and Villanova won the last matchup during the 2006 Paradise Jam in the U.S. Virgin Islands.

This game is essentially a bonus game as exempt "preseason" tournaments allow four games (to count as one); the game against the Cougars would be that included game. 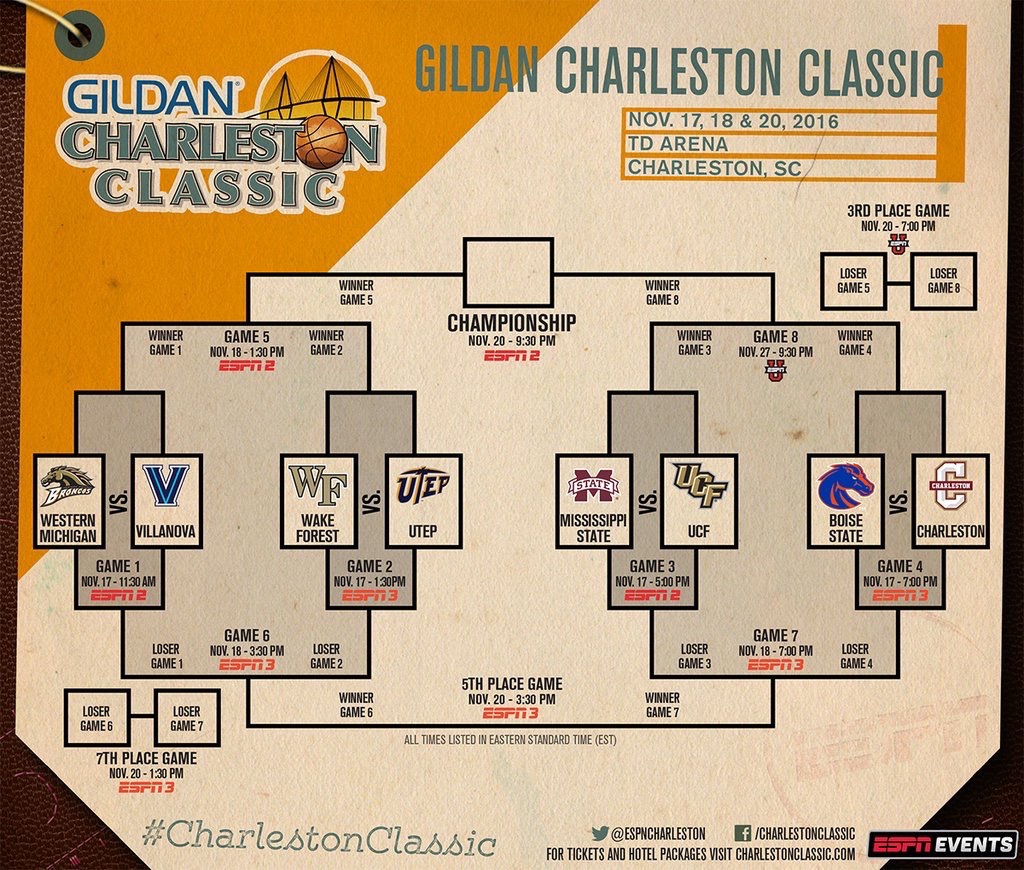