Nike and Under Armour are battling again for elite basketball talent

Nike ain't letting UA have its day in the sun.

Share All sharing options for: Nike and Under Armour are battling again for elite basketball talent

Huuuuuuuuump Daaaaaaaay! The big news yesterday was Nike putting Under Armour in a big brother/little brother headlock. This really isn't anything new. Under Armour hosts a televised all-star game every year for elite high school talent that they're hoping to pipeline into their brand full-time.

Nike responds with an all-expenses paid trip to the Bahamas for their best players, for no apparent reason other than to stop them from participating in a UA event. This year, Nike is upping the ante with a trip to the White House prior to the Bahamian voyage.

You may be thinking, who cares? Well, it does matter a bit. Villanova is a Nike school, and historically has recruited local Nike programs like Team Final, PSA Cardinals and Team Takeover very well. They want as many elite players in those programs as possible, and continuing their journey at Nike-backed Villanova.

Man, when the hell is summer over?

Nike is bringing high school players to the White House to stop them from wearing Under Armour | SBNation.com
Shoe Warz are heating up again.

Coaches say Under Armour now has more influence in college basketball than Adidas | CBSSports.com
Nike is still king, but Under Armour is closing ground faster than anyone thought possible

DE Tanoh Kpassagnon ready to make impact - at 'Nova and beyond | Philly.com
His mother, a chemical scientist at McNeil in Fort Washington, grew up in Uganda. His father is an economist in his native Ivory Coast. So what exactly was their 6-7, 290-pound son doing Tuesday morning in Villanova Stadium at football practice, being watched by several NFL scouts on another steamy day?

Former Butler standout Joel Cornette dies at 35 | IndyStar
Another star of Butler's basketball past passes away much too soon.

Best B1G Brewery Challenge: Round 1, Bottom Half | Off Tackle Empire
Who are the best breweries in Nebraska and Pennsylvania? You tell us!

Steiner Sports- has the exclusive signed memorabilia rights to Coach Wright. Ending at the end of the day on Wednesday August 17th, you can get 20% off of two items, 30% off of three, 40% if you buy 4 items, and 50% off if you buy five. 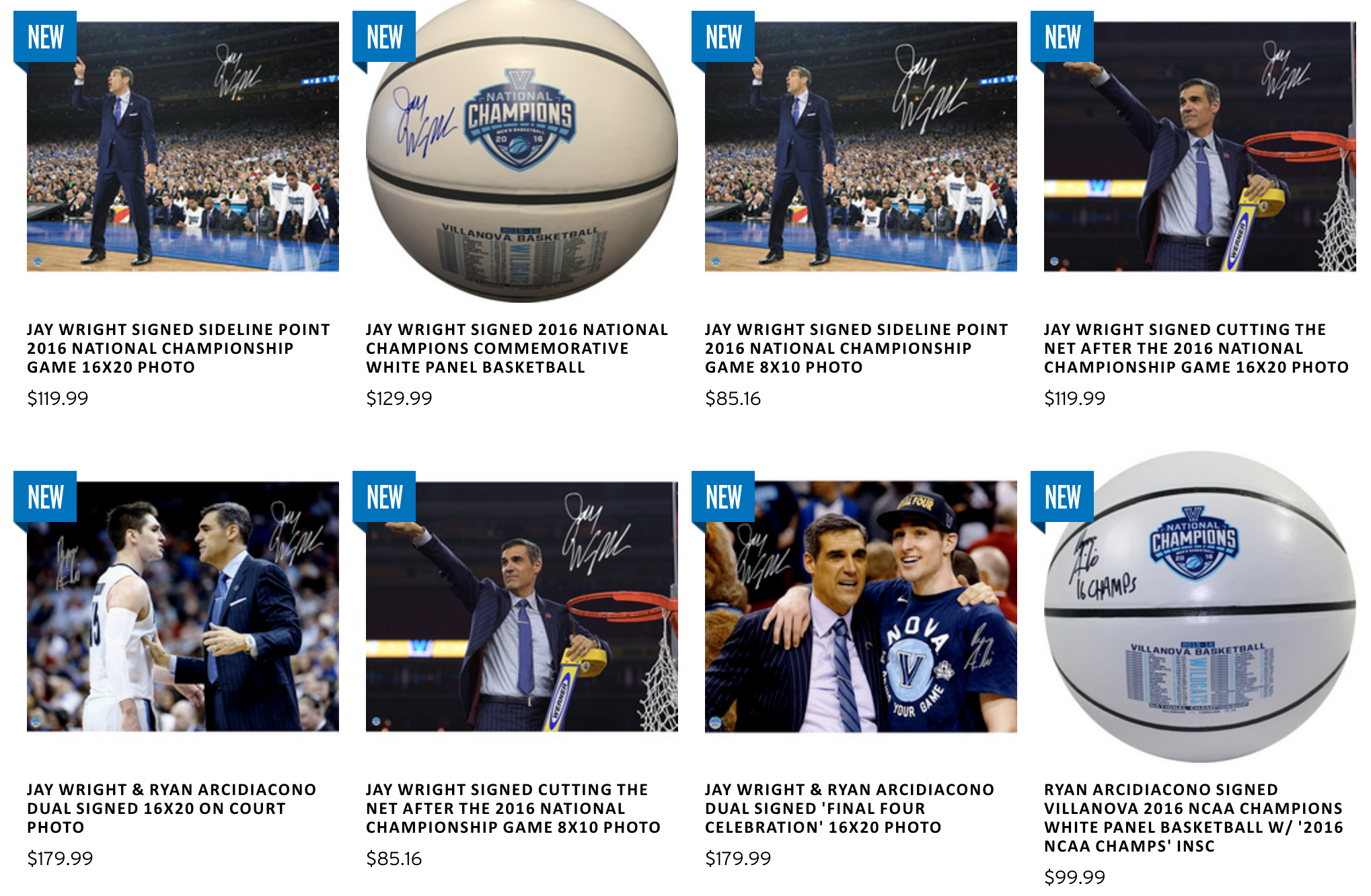