Last week was weird for the Big East. Creighton defeats Villanova on the road by 28. St. John's gets their first Big East W, but mostly because Seton Hall committed 19 turnovers. Then they get another win at Butler. And Providence stuns us all again by overcoming Xavier. In all, Providence and St. John's made big strides, and Georgetown takes a further step back. What can they all do this week?

As mentioned in the last few weeks, the Hoyas are without center Joshua Smith (academic suspension) and guard Jabril Trawick (jaw). These two were the third and fourth highest scorers on the team, respectively. This tweet by Casual Hoya about a student dubbed "Sad Scott" sums up the season thus far.

The Hoyas have dropped the last two conference games at home, to Seton Hall and Marquette of all teams. Villanova needs to attack the paint, a place they have lost major defensive holding in, to escape Washing DC with a win.

This isn't the same Temple team led by Khalif Wyatt that took down N.C. State. For one, Wyatt is now playing professionally in China. Another key is that last season, the Owls started 6-0. As of today, they are 5-13 and winless in the AAC. However, Temple has 4 players who average over 14 PPG, led by senior guard Dalton Pepper. So, what's the issue? Defense. Temple allows the 44th most points/game to opponents in the country, while Villanova ranks 23rd in scoring. Solid defense should allow the Wildcats to get into a scoring rhythm easier than usual.

Look at this St. John's team go! Started conference play 0-5 but now has won 2 straight, putting that win streak on the line against Creighton. The Bluejays are undefeated in OMAHAAAAAA this year, and they have shown to set the face-paced tone early. The Red Storm have recently been going with a lot of post play in Chris Obekpa and JaKaar Sampson, with D`Angelo Harrison cleaning up the mess. If Creighton gets the passed-NBA-threes going early, St. John's won't catch up.

A win against Creighton and Xavier within a week really separates the Friars from the "others" in the conference. Bryce Cotton has thrown his name into the Big East Player of the Year ring, too. He is averaging 22.0 PPG and 6.8 APG in 2014. If Kadeem Batts or LaDontae Henton can stop Davante Gardner, Cotton can do his thing, which is everything, and Providence will continue to impress me.

Just when our hopes were up, DePaul loses 3 straight games to get back to second to last place. A lot has to do with their lack of assists. Against Seton Hall, they were out-assisted 21-4, and vs. Xavier 12-9. If Providence can get their own flow going- which will happen with Cotton- DePaul will not get theirs and they'll drop 4 straight.

Xavier holds 4 of the top 10 athletes in the Big East in terms of FG%. Matt Stainbrook and Semaj Christon are the big names there. That alone can get the win at home. Stopping Fuquan Edwin will only make the job easier.

First off, don't turn the ball over 15 times in the first half. That's a big one. Even with that, they only lost to St. John's on the road by 1. Now that everyone is healthy, even though Fuquan may have hurt his knee again, I think taking on the basement dwellers at home will not be an issue.

I'm salivating over the potential Gene Teague-Stainbrook matchup down low. But don't forget the Edwin-Christon 1v1 outside the perimeter. Whoever wins those battles will take the crown.

Marquette is 0-1 when wearing pink jerseys this year, so I'd avoid those. Both of these teams match up close to each other in APG and RPG in the conference. I did not realize how huge Davante Gardner was until Saturday's game, so he needs to have a big game grabbing big boards. Also, they'll need to limit the assists Providence can get by setting the tone themselves. That'll mean taking on the big project in solving Bryce Cotton.

St. John's attempts the most field goals per game in the conference, however they hold the 4th worst FG%. If Marquette can persist the happy-shooting team to fire up quick sloppy shots, Marquette can remind St. John's how bad they were to start the new year.

To sound like a broken record again, Villanova shooting too many 3's has been their downfall. They were 7-17 at the half, then finished the game 10-28. The Wildcats managed to escape Marquette in OT, however if Georgetown forces this again, maybe they'll get a win. 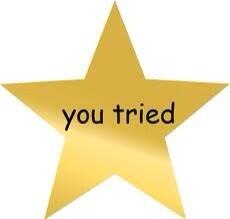 Creighton comes out of the gate fast. If their early 3's hit, they'll be set for life even if it leaves them the second half; that's what their meeting against Georgetown on Saturday showed us. Get the down low offense going quick, draw fouls, and this game could maybe be yours.

The Red Storm front court can no doubt stop Davante Gardner. It's Todd Mayo and the rest of the back court that may be the Red Storm demise. A big game from Phil Greene IV would settle any questions and give St. John's another conference win.

These two teams are the two worst FG% schools in the conference, however DePaul is a full 1.5% ahead of the Friars. This makes this matchup that much more sad. However, DePaul is 11% worse at FT%. I want a big game from the Big 3 of DePaul- Cleveland Melvin, Brandon Young and Billy Garrett Jr. With that, Providence will struggle with their poor shooting.

Seton Hall turned the ball over 19 times against St. John's resulting in a loss. Butler, on the other hand, has accumulated the least amount of TO's in the conference. Even when all healthy, the Pirates are immune to those mistakes and it hurt them a lot, giving the Red Storm their first Big East win of the year. Butler should focus on that and be sure to not fall victim to Edwin's steals.