With tickets still available, it is a shock that the Big East still ranks at the top of all ticket sales, and Madison Square Garden is the sole reason.

As we kick off the Big East Tournament, the general atmosphere in MSG may not be the same. With the powerhouses of the Connecticut Huskies, Louisville Cardinals and Syracuse Orange on the outs, the history of the Big East in the Garden no doubt is missing. Fan bases and alumni of these teams, centered in the tri-state area, found it easy to support their schools. Now, with teams as far as Omaha and Cincinnati, it would appear that ticket sales would drop. According to Forbes, this is the case; tickets are down 11% for the tournament overall. On top of that, 30% of the finals' tickets were still available. It is as though the Big East is on the fall of the supreme college conferences in the NCAA.

CBS says no. Even with the availability of seats, the Big East's prices are the highest among all conferences. The average price per session is $187.14. However, this is on the fall from the previous two years of $212 and $200. The pretty penny may also be a response to the favorite of Player of the Year Doug McDermott coming to town for the first and final time at Creighton. While this may seem odd the the prices remain high with so many seats unsold, it is a recurring theme across post-season conference tournaments. The ACC and Big Ten have even more of a quantity available.

Jesse Lawrence, the author of the Forbes article, notes that "Big Ten Tournament tickets are down over 50% this year after moving from Chicago's United Center to Indianapolis' Banker Life Field House." 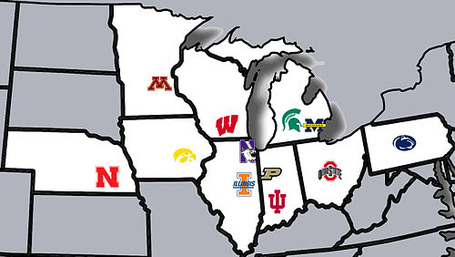 While this move was most likely in response to travel issues, the downfall spurs from relocating the venue from a major US city. While fans come for the tournament, the big city aspect attracts them as well. For example, because of the large Villanova alumni presence in the Big Apple, there are many networking events for current students that are being hosted throughout the week. Chicago would more likely attract a larger crowd, and it has shown in the decrease in sales.

An odd phenomena in this year's Big East Tournament sales is that the championship game is the second cheapest session for the tournament at $183.42, trailing the opening session by exactly $100. One reason for the increase in other sessions could be the "2-for-1" aspect of the other days, where one will get the admission of 2 games for the price of just the one ticket. In this sense, it is understandable that the second session is the most expensive as there are four games to be seen in total. However, I must add that I was able to find 3 tickets to the championship game Saturday night on a ticket-sharing site for $80 each in section 103.

In all, the Big East is in a good place right now. MSG is undoubtedly the greatest setting for the postseason. For the first since 1961, the Garden will be used for March Madness regional rounds. Prices for those are already set high, knowing demand will be great. Even with the decrease in sales for the Big East Tournament, and with prices high, the average ticket prices of the other power conference championship games rate above the Big East. With Madison Square Garden being the property of this conference, and continuous fan bases of St. John's, Villanova, and Seton Hall present near NYC, the New Big East should see continuous success going forward.