After the New Big East's Grand Openings last week, we see more spread out play this time around!

Hello Big East Nation! I expected some bumps in the big opening of the new Big East, just as there should be with any new junction. However, Villanova and Creighton started 2-0 in conference play and DePaul is 0-2 so we're gonna be alright! Let's preview the upcoming 7 days.

With the lack of height on Saturday in the Creighton-Seton Hall meeting, the BlueJays dominated the glass and won the offensive rebound battle 11-1. While either or may return Wednesday, there is still a weakness in the paint, and while the Wildcats love to Shoot 'Em Up, Sleep in the Streets, maybe they should take a little emphasis off of that and go down low.

In the New Year's Eve game vs. Xavier, St. John's started the game with 9 straight points. Not until 11:55 did Xavier make a field goal. However, they only led by 2 at the half. If Villanova holds on (do not make stupid mistakes) until the Red Storm shoots themselves in the foot, there will be a 4-0 start before students return to campus!

Just do you. Let 'em down easy. Doug McDermott breaks Jack Taylor'sÂ NCAA points record for a game. Check out my poll and gauge how well McDermott will shine.

In both Xavier contests last week, a comeback was needed in order to obtain their 2 W's in the week. This being said, putting them away will not be easy, but in games where Matt Stainbrook under-performs, so does the team. I would throw a couple of 2x4's at him on the court. Instinct will kick in and he'll get busy building a bookshelf.

Remember: they are STILL undefeated outside the Bahamas

Marquette shoots a lowly 30.5% from behind the arc, and a subpar 66.3% from the charity stripe. Take out the 3 pointers and the Golden Eagles are great from 2; a whopping 50.2%. Pack the paint and make them shoot the 3.

At that same Creighton-SHU game (I'm talking about it a lot because I was there) Pirate's Patrik Auda guarded McDermott from the start, and Doug scored 11 of the Bluejays' first 13 points. Willard kept Auda's assignment and Doug went on to score 18 points in the first 12 minutes. Xavier needs to know who can effective guard McDermott, but identify QUICKLY if it is not working!

Hmmmmm.... so Georgetown starts starts conference play by playing AT HOME against DePaul and St. John's? And their next game is at Providence? Pretty lucky. Providence has a great FT% standing at 81.0%, however their FG% and 3-point percentage are an unimpressive 41.4% and 32.7%. Against Seton Hall, Providence only shot 77.8% from the free throw line (very sarcastic underline for ONLY) and those big misses equated to the double OT loss. If the Hoyas make the Friars fall apart at the free throw line, Hoyas take it big. I'm not even sure if making a team fall apart at the line is possible. Have some Hoyas fans wave their arms. Bryce Cotton will not make a difference.

Butler's Elijah Brown did not come close against Xavier to repeating his stellar performance he had vs. Villanova, and neither did Kellen Dunham. Stopping Brown's spark off the bench makes the Hoyas' job a lot easier, so I'd focus mostly on him. Also, D`Vauntes Smith-Rivera is heating up a lot. Watch out for him!

Does anyone agree now they can be a top 4 team in this conference?

I always tell teams playing Villanova to force them to shoot a lot of 3's. However, if they make 14 of them like against Providence, or Dylan Ennis provides 17 bench points, ALL THIS with James Bell only 5 minutes, I'm not sure how you can stop them. Plus, being on Winter Break, there is literally no student section at the Prudential Center. Just let Fuquan try his magic is all. Many current Villanova students are from North NJ; should be a lot of Wildcat support!

Like I said in the Xavier preview, compel Marquette to fire an absurd amount of 3's by playing a zone defense. By that time, at least one of Gene Teague or Aaron Geramipoor should return, so their presence in the paint will be key against a Golden Eagles squad that is in the top 60 in the country in rebounding.

I've questioned since the beginning of the season why Chris Otule is not the most dominant player in the history of time. The 6th-year-6-11-275-pound senior should use these qualities to box out Matt Stainbrook and give him a hard time. Not sure if it will be needed, as he may be too involved drawing up blueprints for the bookshelf he will be crafting against Creighton on Saturday.

This is the Big East. We are a big conference, with big men. Big man Chris Otule needs to use his stature to cover up Teague, and if he is still inactive, just stand there and grab those offensive rebounds that the Pirates will be lacking. It's that simple for him.

If the Bulldogs can force OT at home against the Wildcats, I'm sure they will be okay vs. DePaul at home. The question, though, is how? I like Elijah Brown coming off the bench- he is basically their Dylan Ennis. So, when he is on his game, so is the whole team. He should create a nice flow for Dunham and Khyle Marshall to find their rhythm.

Similar to my Villanova and Marquette methods, force the Hoyas to take 3's. The Hoyas shoot 56.3% from inside the arc, so their 34.6% 3-point efficiency looks that much worse.

Remember we all thought they would be scary?

Brandon Austin and Randy Bullock would come in handy for the Friars in one of the toughest competitions this season, but unfortunatelyÂ both freshmen are suspended for the season. I'd say force the Hoyas to stay out of the paint, but this is where the Friar's loss of Kris Dunn will be highlighted. Slowly but surely, the Friars are falling apart.

Not surprisingly, the bottom three teams in the standing do not rank in the top 100 in any of the following: PPG, RPG, APG, FG%. The Red Storm team line up nicely with this fact.

A major reason for Butler keeping so close to the Wildcats was Elijah Brown's big first half. D`Angelo Harrison needs to mold himself into that, carrying this team like he tried to do against Xavier on December 31st. This team does a nice job holding onto the ball- only 10 turnovers/game- and gets a big 9 blocks/game. Forcing the Wildcats to turn the ball over, a historical issue, and turning those blocks into transition points is the way to have the Wildcats trip over themselves. This was how the first half of the Iowa game started.

Only 1 game for the Red Storm this week, but next week will be 3 games in 6 days, so rest up!

If you do not take gore very well, it is best to turn away from this one. I'll make my prediction with this picture. 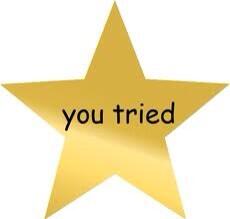 With how much disrespect I show the Blue Demons, I have to say that I like the say Cleveland Melvin leads this team. However, he did not show up against Georgetown. When he put up 22 points against Marquette, however, guard Brandon Young went 0-9 with 0 points in 34 points. Only guard Billy Garrett Jr. was consistent. If all 3 of these players can get their act together, DePaul will get a conference W, totaling their conference wins from the last 4 years combined!

Enjoy Week 2 of The New Big East! A great opportunity to see each team in action if you did not get a chance on New Year's Eve!