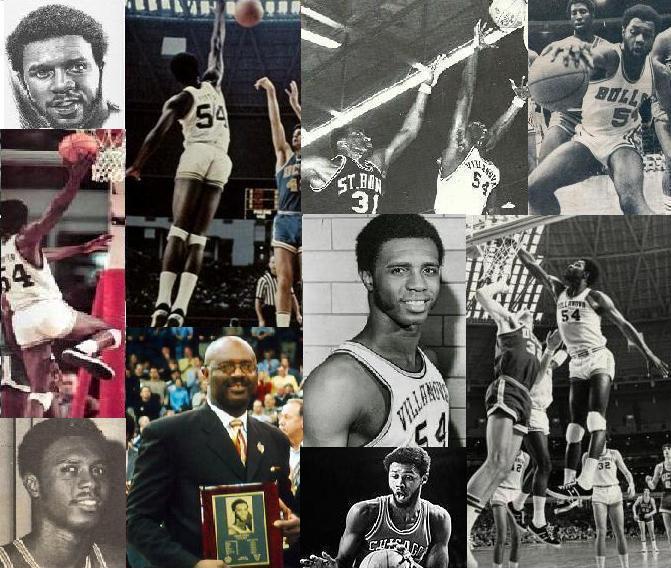 Howard Porter… 6’8" forward / center ... one of the greatest high school players ever to hail from Florida, where he led Booker High to a 32-0 record in 1967 playing for the great Coach Al Baker … played for Villanova from 1968-1971 … scored 2,026 points (#6 all time) over 89 games (22.8 ppg; #2 all-time) … is Villanova’s all-time leading rebounder with 1,317 (14.8 rpg) in only three varsity seasons … three-time All-America selection … led Villanova to the 1971 NCAA Championship Game, in which Villanova lost to UCLA 68-62 … was named the 1971 NCAA Tournament’s Most Outstanding Player after scoring 25 points against the Bruins in the Championship game … was later ruled ineligible for that honor for signing a professional contract with the Pittsburgh Condors of the ABA during his senior season … never played for the Condors … 32nd overall pick in the 1971 NBA draft by the Chicago Bulls (much later in the draft than than Porter’s talent warranted given the Condor’s contractual rights to his services) … played seven seasons in the NBA for the Bulls, Knicks, Pistons, and Nets … finest professional season was in 1976-77, when he averaged 13.2 points and 5.9 rebounds for the Pistons. Over seven NBA seasons, averaged 9.2 ppg, 4.1 rpg in 18.7 mpg … inducted into the Big Five Hall of Fame in 1981 … a contemporary analog to the Greek tragedy, Porter’s shame and guilt over betraying Villanova and his teammates weighed heavily upon him for the next two decades … emotionally burdened, he moved from divorce to bankruptcy to cocaine addiction to prison time after his NBA career ended … however, like the prodigal son, he returned to Villanova’s embrace in the early 1990s with encouragement from his former teammates … Villanova retired his #54 jersey in 1997 … ironically, after finally finding peace in his life, he was found beaten in a north Minneapolis alley in May 2007, and died several days later at the age of 58.