Share All sharing options for: Mislav Brzoja transferring to Evansville 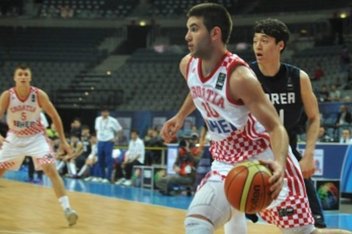 Croatian shooter on the move

That didn't take long. The Evansville Courier & Press is reporting that Mislav Brzoja, who announced his decision to transfer from Villanova on Thursday, will enroll at Evansville. Dave Jamerson, who coached Brzoja at Traders Point Christian will reportedly be joining the Purple Aces' staff and may have been instrumental in the move.

As a freshman, Brzoja scored only 2 points, grabbed just 6 rebounds and had 4 assists in limited action. At the FIBA U19 World Championships in the Czech Republic, however, the guard started for his homeland and averaged 12.7 points per game -- second only to superstar Dario Saric on his team -- while playing 26.8 minutes per game. He connected on 40.9% of his attempts from deep and 52.2% overall. He averaged 6.6 rebounds and 2 assists per game as well.