Villanova Basketball: Rollie Massimino and Northwood are back on the 2014-15 schedule

Plus, the 1985 National Champions will be back for their 30-year anniversary!

Share All sharing options for: Villanova Basketball: Rollie Massimino and Northwood are back on the 2014-15 schedule

Courtesy of the Villanova Wildcats official Facebook page, we know who the exhibition game will be this fall. Rollie Massimino will return with the Division II Northwood Seahawks in what looks like it will be the an anniversary celebration of Villanova's lone national championship team from 1985. 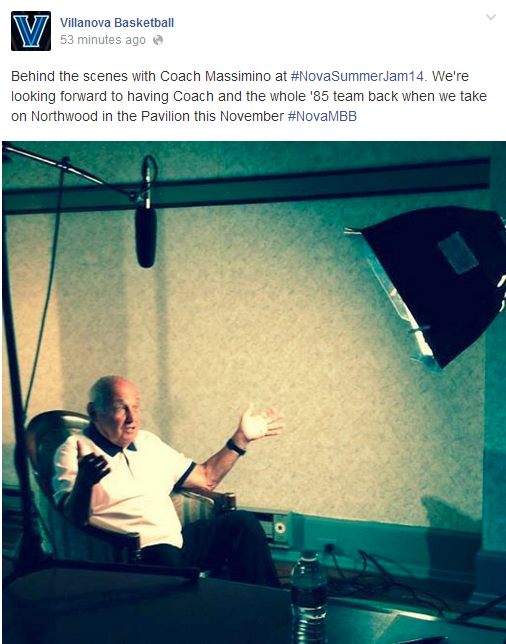 This is not the first time that Coach Massimino has arranged a game between his former and current schools. Villanova played Northwood (FL) in their exhibition game to open up the 2006 and 2008 seasons. Both resulted in large Wildcat victories as was expected, but gave fans the chance to see the man that brought glory to the Main Line in 1985 once more.

The bigger story looks like the planned anniversary of the national championship is in the works for November. Though it's not quite 30 years to the day of the game, it looks like Villanova will be kicking off the season in style. Sometimes these celebratory events are scheduled during a big game during the heart of the season, but with Massimino still prowling the sidelines, it makes a lot of sense for the two schools to organize this event and make sure that one of the most integral figures can make it.

Villanova Basketball: Piecing the 2014-15 Schedule Together