The 2015 Big East Tournament tips off from Madison Square Garden on March 11th, a mere two weeks away.

As teams shuffle in the standings and play out the balance of their games here is how the 10-team bracket will look. All games will be broadcast on Fox Sports 1.

If Villanova wins one more regular season game, they will solidify their second consecutive year as the #1 seed. Should that occur, the Wildcats' first game would be on Thursday, March 12th at noon against the winner of the 8/9 game.

When teams are confirmed into seeds, we'll update the bracket. 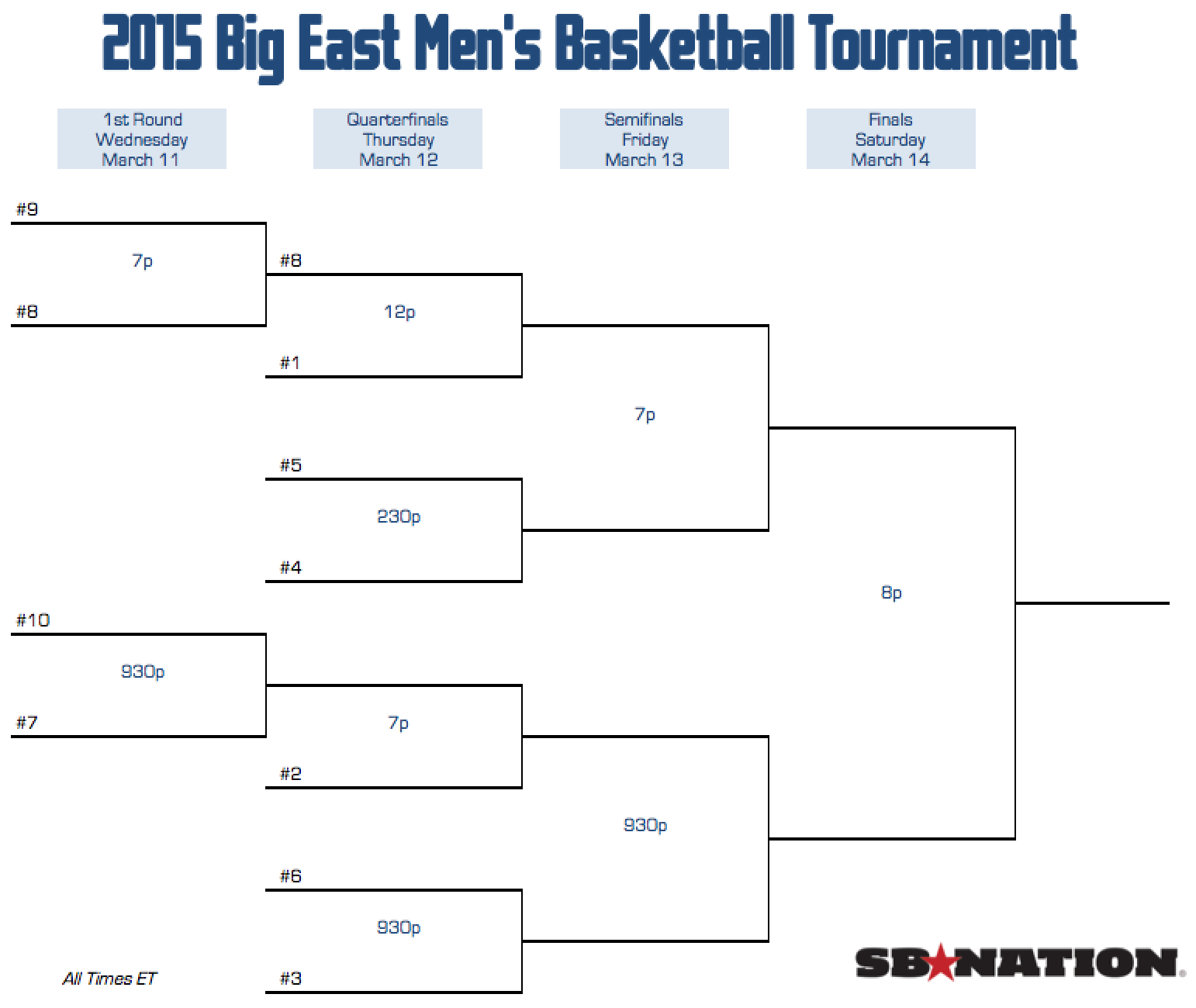