Before heading to Honolulu to play Oklahoma at Pearl Harbor on December 7th, the Villanova Wildcats will be making a pit-stop in Los Angeles before their flight over the Pacific. 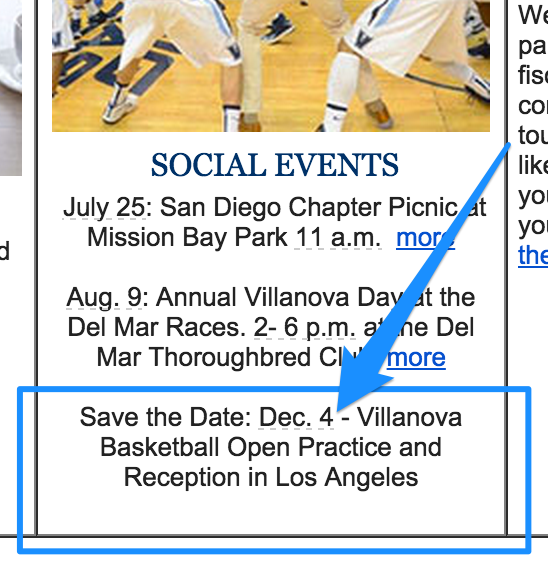 In an email to West Coast Villanovans, the University gave the insight that Jay Wright and his squad will be hosting an open practice and reception in Southern California on December 4th.

Wright confirmed this in an interview with CBS's Jon Rothstein noting, "We're going to stop in Los Angeles and play an intersquad scrimmage. We have a lot of alumni there -- California is the fourth-largest state with Villanova alums. So we've got a big function out there."

This seems like an exciting opportunity for West Coast Villanovans to catch the team in action locally. This will be the first game for 'Nova in the Pacific Time Zone since 2011-12 season when the Wildcats played in the 76 Classic in Anaheim, CA.