With 13:55 to play in Tuesday's game against DePaul, Villanova junior Josh Hart collected an inbound pass from freshman Jalen Brunson and calmly hit a 17-foot jumper from the corner to put the 'Cats up by 27 on the Blue Demons. That shot also made Hart the 61st Villanovan to join the 1,000 Point Club. 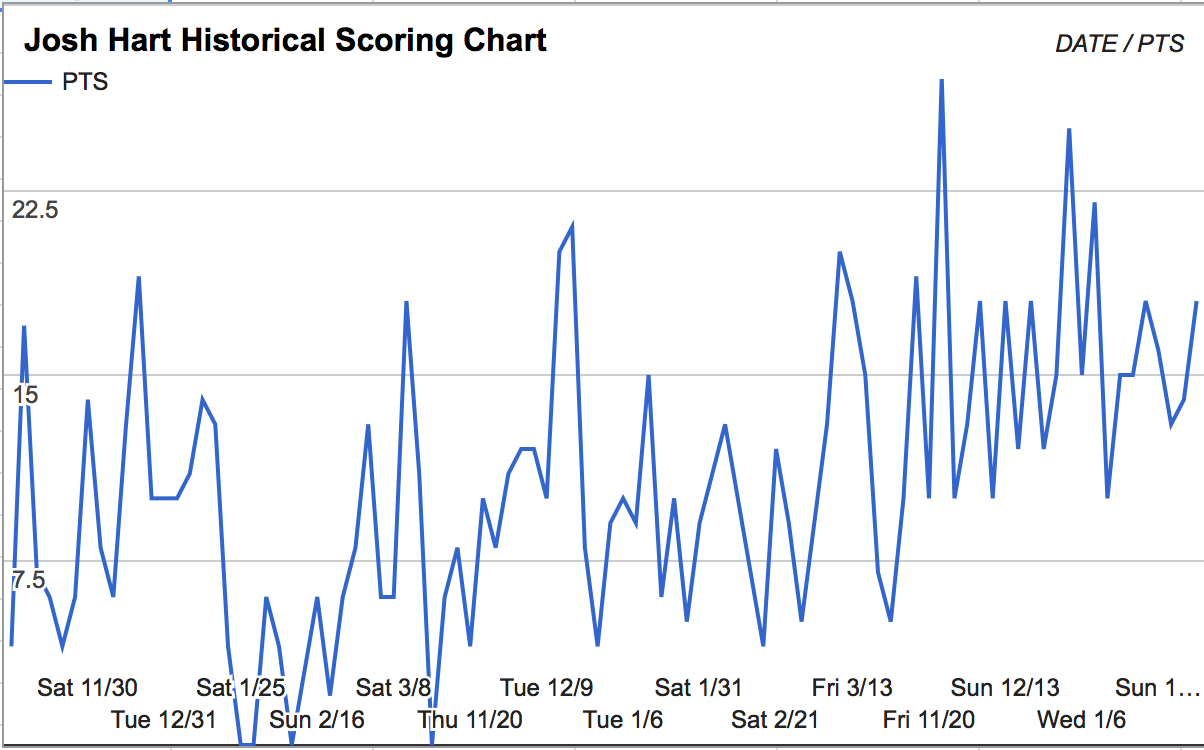