The following depth charts are based on the two-deep produced in the Villanova Football Media Guide for this season. These may not resemble the final depth charts produced prior to the season kick-off against Boston College on Saturday or the actual depth on the field during that game, but they are a strong indicator of where the team stands heading into the season. 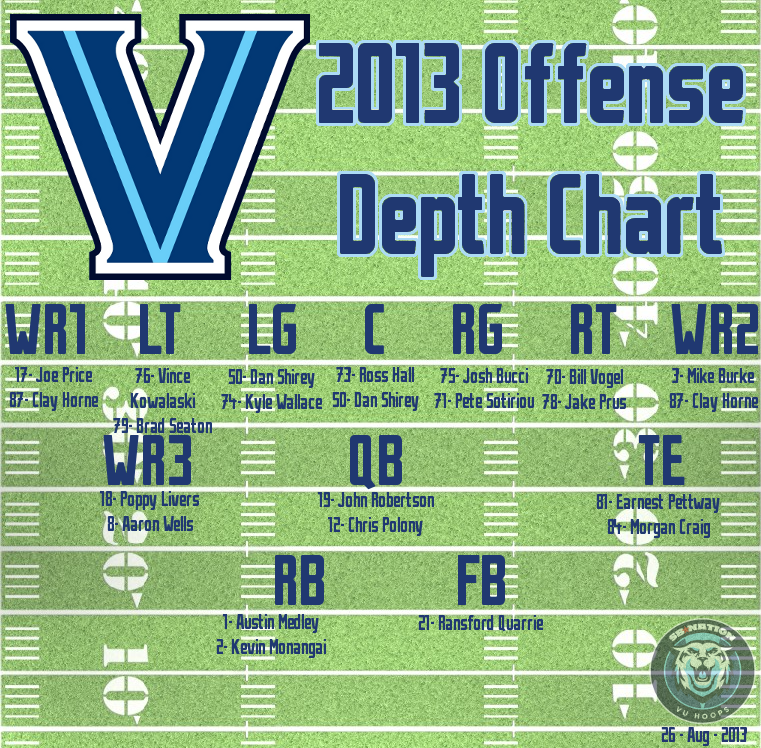 On the offensive chart, the first thing that pops out is that Austin Medley was listed as the number-one running back. While he will surely see his share of carries, last season's performance by Kevin Monangai and the praise he has received from the coaching staff would suggest that the junior running back will be Saturday's starter.

It is also somewhat surprising to see that Jamal Abdur-Rahman, who started at WR3 as a freshman in 2011, is in a battle with sophomore Aaron Wells for the back-up to that position this Fall. In reality, Abdur-Rahman will likely see time at both slot receiver and running back this season and he is the likely kick return specialist as well.

You will also notice that Bill Vogel has moved from left tackle to right tackle, with Vince Kowalski swapping with him to take over the blindside. This is an interesting move for the Wildcats and will hopefully provide better pass protection this Fall. 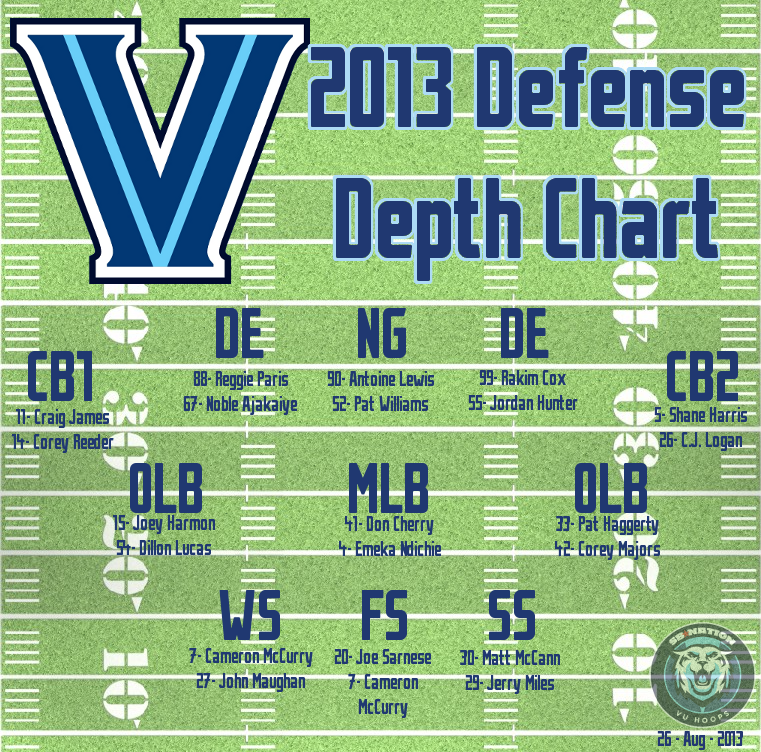 Dillon Lucas had surgery on his shoulders after each of the last two seasons, and the rehab process from that may have cost him on the depth chart. The coaching staff toyed with the idea of redshirting Lucas this season, but junior linebacker wanted to play -- and will do so as a back-up to start the season.

It isn't surprising to see that Don Cherry looks set to start at Middle Linebacker, Andy Talley spoke highly of him after Spring practices. However, Corey Majors backing up Pat Haggarty at the outside linebacker spot is a little bit interesting since it was presumed he would play in the middle. The Wildcats have a lot of depth at linebacker, however, so nothing is too surprising there.

It also appears that Reggie Paris, who moves to defensive end from linebacker this season will win out to start on the defensive line with Antoine Lewis manning NT and Rakim Cox on the other side. Big bodied Pat Williams will take on some responsibilities as a key backup in the middle of the defense, while even-bigger Jordan Hunter will provide back-up at defensive end. 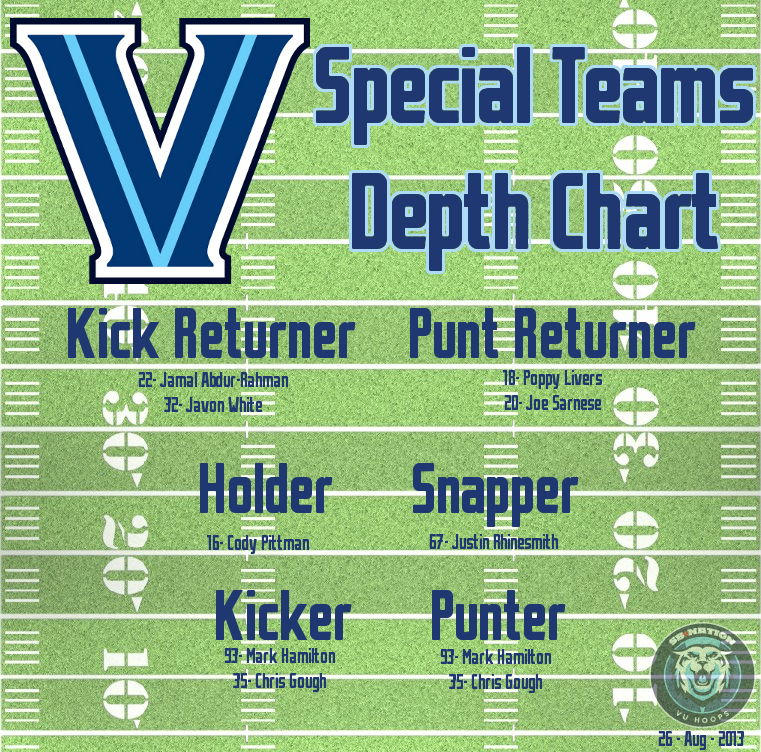 Check out our early depth chart projection to see how we did at guessing how these position battles would play out.