The FCS second round brought a fair amount of drama on Saturday, but ultimately only one upset as seven of the top eight seeds advanced to the quarterfinals. The lone upset came courtesy of Sam Houston State, who dispatched #3 seed Jacksonville State Gamecocks37-26 behind quarterback Jared Johnson recorded four touchdowns on the day. It's a remarkable turnaround for the Bearkats, who started the season 1-3. Now, former Delaware coach KC Keeler will get a familiar foe in #6 seed Villanova next Saturday at 1pm ET.

Villanova was able to make it through thanks to Walter Payton award candidate John Robertson, who ran in for the game winning touchdown with just over a minute remaining to record a 29-22 victory over Liberty.

Elsewhere, the defending national champions were pushed to the brink by in-conference rival South Dakota State . Ultimately, quarterback Carson Wentz found RJ Urzendowski for the game-winning touchdown in the final minute to keep the dream alive for a fourth straight title for North Dakota State.

Here is the bracket, complete with game times and TV information for next weekend's quarterfinals. 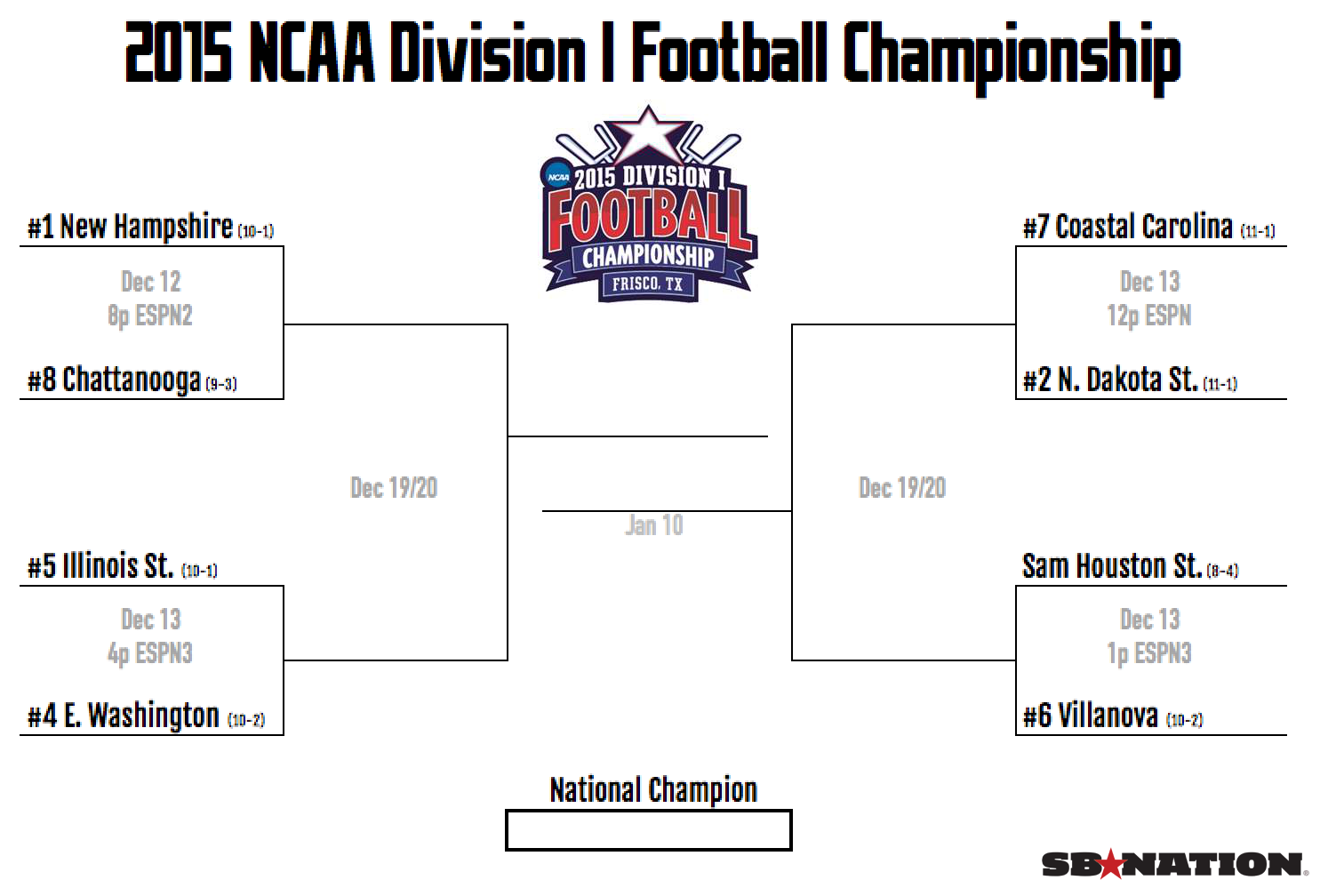