Here's what to take away from the team's final practice before the summer.

After warmups, sjunior Kevin Monangai started his juke pattern with running backs coach Darrius Smith, and the final spring practice was underway. The day consisted of many position-specific drills, plus a few 7v7 scrimmage periods.

Managers Matt Grasso and Joe Vilotti were nice enough to allow me to be up on the roof next to them as they took their film for the team. Below are some observations from the 2 hour practice session.

On the final punt of the day, Gough was able to down the ball at the 2 yard line. The entire team stormed the field in celebration and sang "Ole, Ole, Ole." 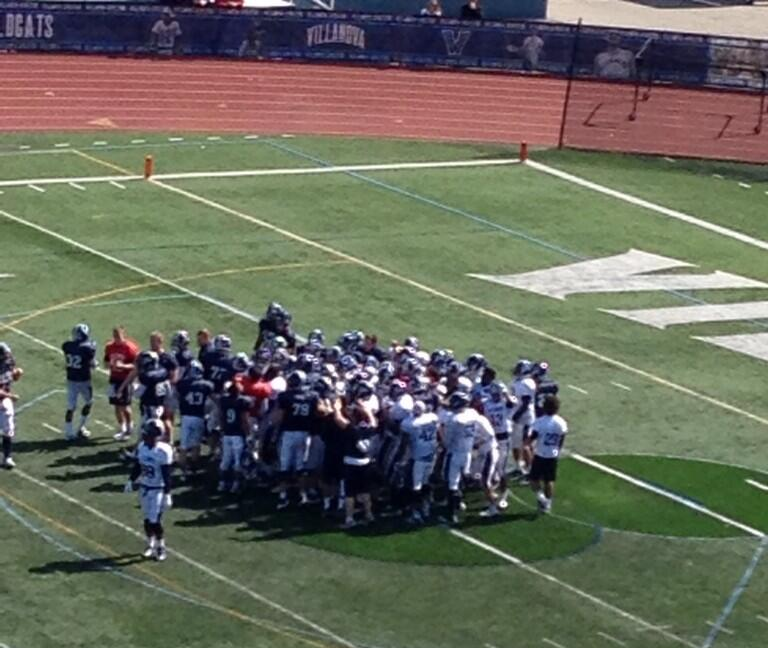 Before ending practice, Coach Andy Talley gathered the team for a few words. The team dispersed in cheers. 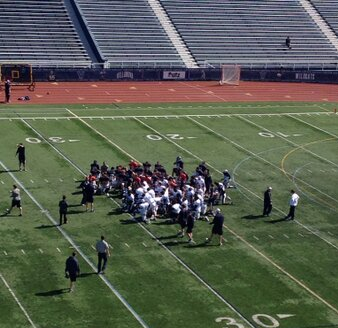 This weekend is Candidate's Weekend for all prospective students. The main campus was full of high school seniors, club tables, music and food. Likewise, next year's football class came to watch practice from the grandstands. 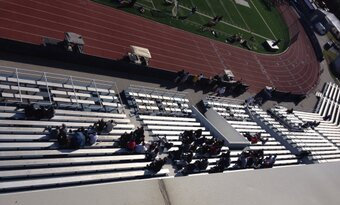 The team looks ready to improve on last season's 6-5 record! The season begins on August 29th in Syracuse. 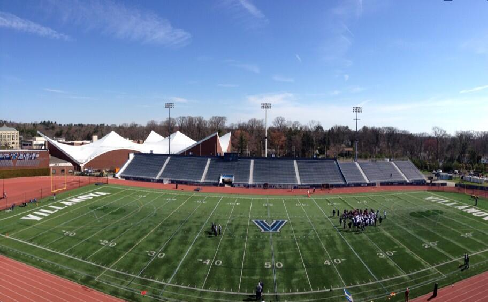