The Villanova Wildcats have released their depth chart for Saturday's CAA opener against the James Madison Dukes, and there only minor changes to note. To what should be nobody's surprise, Chris Gough has reclaimed the starting placekicker job from Steve Weyler after the freshman struggled against Fordham. Gough came on in relief and was perfect on his PATs while also connecting on a long field goal.

On defense, redshirt freshman Michael Williams has joined the two-deep backing up Reggie Paris at defensive end. Williams was a big time recruit so seeing him is reason for excitement.

Williams is replacing Austin Calitro, who moved to the defensive line during the spring/summer. Calitro has played well to start the season, even returning an INT for a touchdown against Fordham. So it's a surprise to see him back with the linebacker corps, backing up Joey Harmon at OLB.

The big name missing? That'd be Corey Majors, who has started at OLB in both games this season. There was no official word on an injury, but Andy Talley usually plays those close to the vest. Majors would be a big loss but luckily LB is the deepest position on the team. Dillon Lucas will take his spot in the starting lineup, backed up by T.J. White. 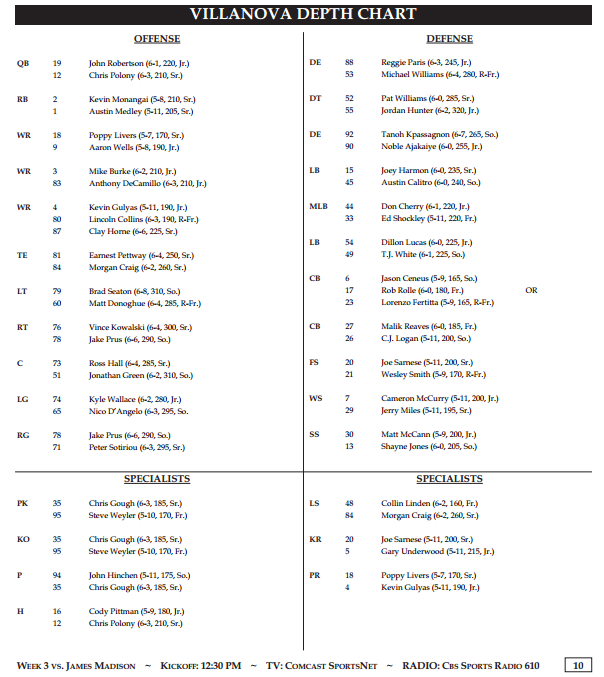